Might does not make you stronger, but it does make you feel good. Read this guide to discover everything that you need to know about Lords Mobile Might. You may discover that you are actually as dumb as your enemies claim.

Might is the statistical figure that Lords Mobile gives you based on your advancement in the game. Your “might” is your game score.

I can hear your half-baked brain churning as you read. “So might is power?” or “Is might my strength score?” or “Will might define how cool I am?”.

No. As always, you are wrong.

Strategy and equipment are what will make you powerful not a silly arbitrary number that sits beside your name. Efficient use of your potential makes you powerful (you may quote me). Misplaced might makes you stupid. Think of the bully in almost any film. They’re usually big and strong, and they are also usually really dumb. And in the end they’re usually dead. Case rested.

To discover the might of another castle, simply click on their castle and the popup will tell you how mighty they are.

But be warned. Might will barely tell you anything. Scout them before you attack. It will save you a lot of dead soldiers.

There are 8 categories within might. Some of them will contribute the bulk of your overall might and some of them or minor and insignificant.

Here are the eight sections: 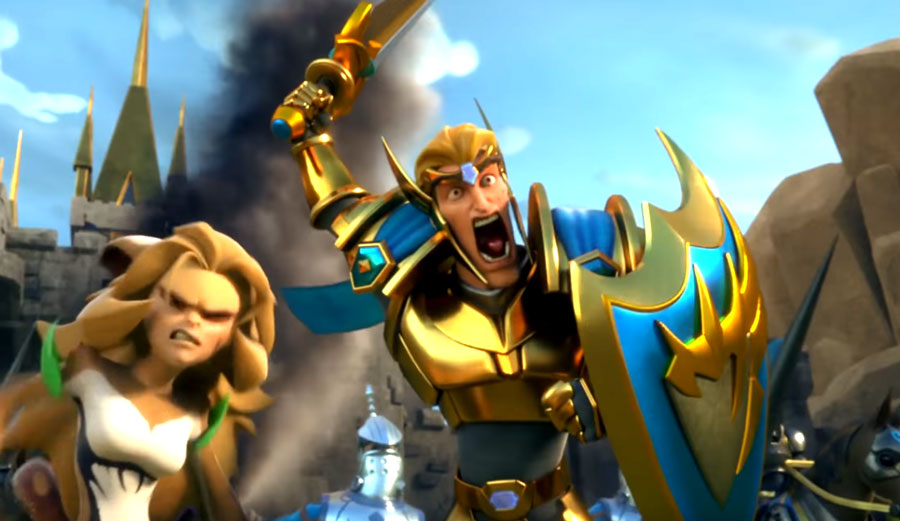 If you skipped the introduction, I personally believe that might isn’t really too important! But here we go anyways…

I can hear your natural instinct disagreeing, “But I want everyone in my guild to think I’m powerful?” or “My self-worth is definitely tied up to an almost meaningless number.”

Okay, here are the best ways to inflate your boring ego and build your might: 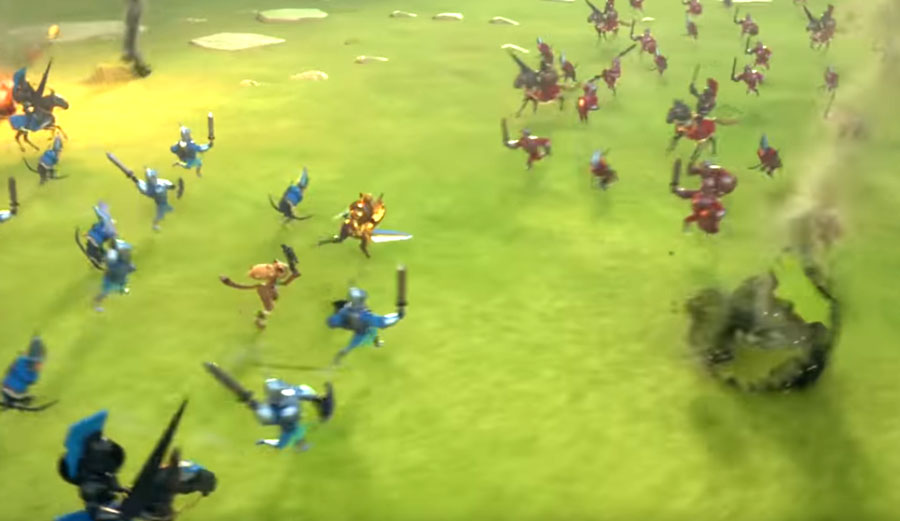 The quickest way to lose might is to get attacked. Assuming that you have a lot of troops and traps, you will lose massive chunks of might with every attack. You will obviously regain the might once you heal (or rebuild) your army.

People usually freak out when they lose their troops and their might drops. There is nothing really to worry about. The lost might is easily regain-able.

This is a war game after all. Don’t play this game if your plan on shielding up like a frightened turtle the entire time.

Click here for a guide on what to do if you lose your hero. It’s not all lost. There are things you can do to make the most of it.

The one warning that I have about might is also one of the biggest warnings that I have when sharing advice about Lords Mobile. Beware of trap account. I’m currently working on a dedicated article on this topic. Stay tuned.

Trap Accounts are the bane of powerful players.

When I say trap, I don’t mean the traps on the walls! I mean accounts dedicated to appearing as low-might players but are in fact mega defensive bombs. These accounts will typically be between 30 million – 60 million might but they will be able to tear apart the troops of 200 – 300 million might players (and conquer their hero).

Guild Might is simply added by tallying all the members within the guild. In my experience, I’ve seen that the majority of the “guild might score” is usually brought in through the top 20-30 players.

KVK or any in-kingdom war will usually drop the guild’s overall score. Time and money will usually fix the drop…

The Guild Score is actually important. A guild with a high might score will tempt the powerful players to join, will scare off attackers, and (most importantly) will give an air of importance to the entire guild.

The most “might ranking race” isn’t usually against the enemy guild. I’ve found that the fiercest competition will actually be between the guild members themselves. They will usually get caught up in the might ranking war. It futile, but it is common. 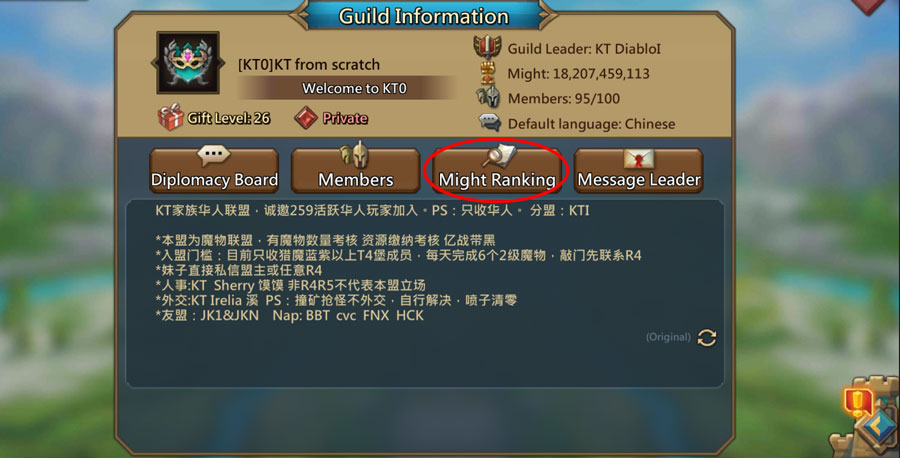 In order to view your ranking, go to the Might Ranking button on the internal (or external) Guild Information Board.

I can shout up and down about how stupid might is but my guess is that people are still going to focus on it. Pride is fickle.

If you’re fixated on speeding up your might, at least do it right. Don’t build might in the wrong ways because at some point you will find yourself being overtaken by the players who are doing it right.

Any tips on might growth that I missed? Tell me in the comments!

How to Boost Gold in Lords Mobile