There are many reasons why you may want to move from one kingdom to another kingdom. Discover how to make an effective migration in Lords Mobile and you will save yourself a lot of heartburn.

This article is not here to resolve your emotional issues and so I see no need to explore the reasons* why you will want to make a migration. I will however try and tell you how to migrate effectively. In other words, how to migrate without a migraine. 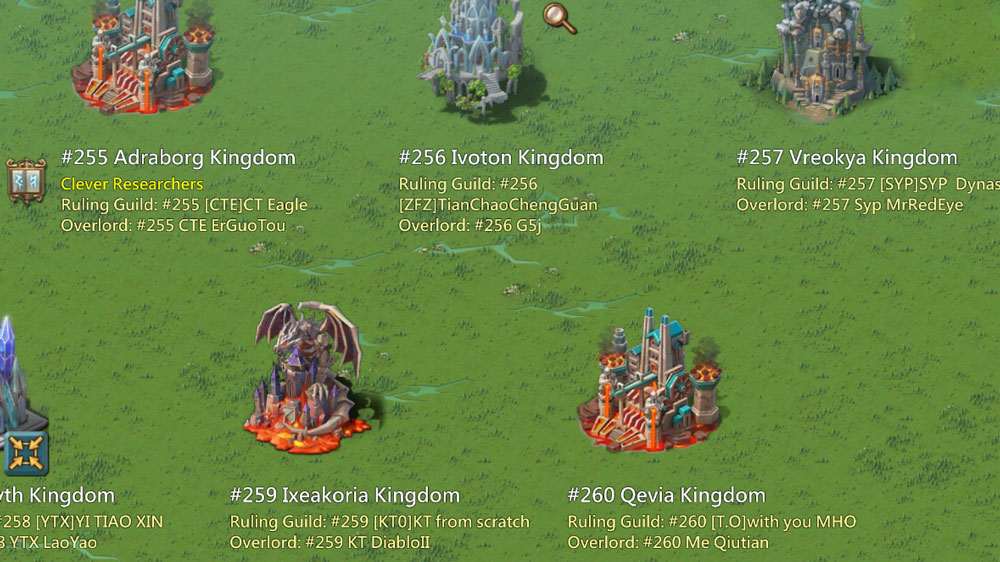 Lords Mobile is comprised of 100’s of kingdoms (servers). Each kingdom has 10,000’s of players. Migration is when you travel away from your current kingdom and off to another kingdom.

Migration is restricted during KVK (and during the gem lode collection period after KVK).

The kingdoms are arranged in progressive order. Kingdom 1 is the oldest and kingdom 250 is a lot newer.

I said that I wouldn’t get into your emotional problems. I lied. It’s so much fun to dig into everyones problems.

What you Need to Migrate 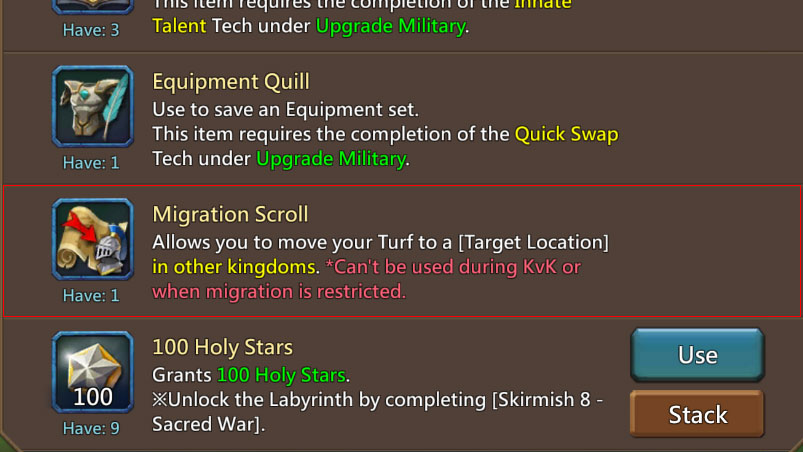 In order to migrate you need a migration scroll. Somehow the rolled piece of paper enables you to magically transfer your castle and millions of soldiers to another location. Go figure.

Assuming that you aren’t interested in collecting the guild coins, you can buy a Migration Pack from the store. The Up and Away pack will have a migration scroll.

Migration packs can be won in guild quest rewards. You are also given one free migration after you spawn at the beginning of the game.

Migrating sounds like a lot of fun. It’s not. Here are some of the reasons that you are probably better off staying in your current

In short, make sure that you are certain that you want to migrate. If you do, going back is going to be just as expensive…

How to research other kingdoms 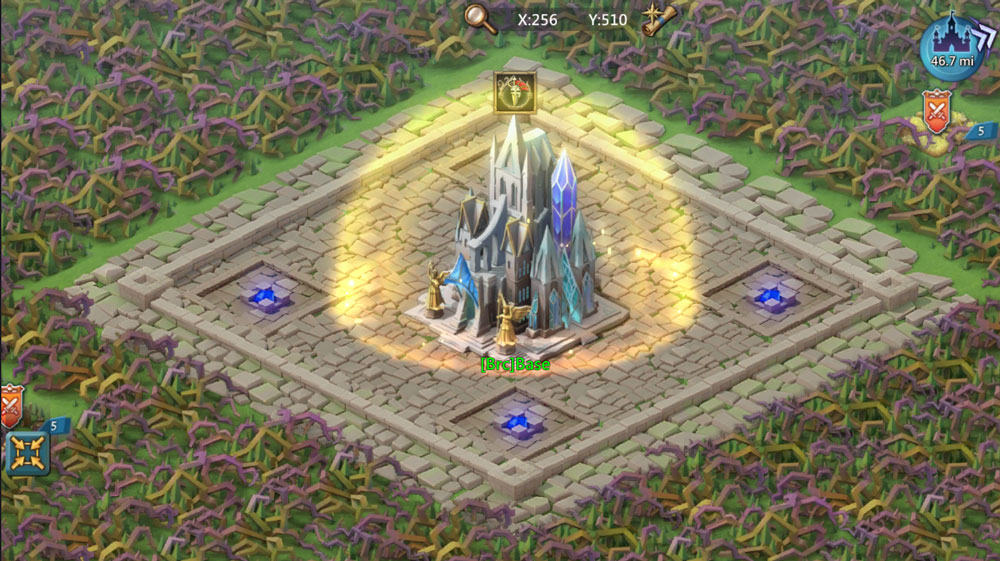 A few important notes to see before migrating:

Pick a presence within the same language. See who holds bases or forts. See who gets the bad titles (Click vassal titles and see who the biggest enemies are). For powerful guilds, strongest players migrate first in order to push the other lower down.

Did you try and migrate to a new kingdom and instead got this awful message: Lords Mobile Migration is Restricted?

There are a few possible reasons that you can’t migrate to a particular kingdom:

The top 50 players of the future kingdom have to pay a premium to arrive. Here is a list of the migration scrolls that are required to arrive to a new kingdom.

How was your experience migrating? Tell us in the comments below.

If you have any questions, ask them in the comments. If I’m in the mood I will answer. Don’t hold your breath.

Tips I Wish I Knew Before Starting Lords Mobile