The prison in Lords Mobile is very different to any traditional prison. Instead of metal bars that block the enemy from escaping there is… Seriously. Are you buying this? Grow some brains.

The prison in Lords Mobile is a normal prison. Bad people go inside and they only get out if time runs out, they are freed, you kill them, or you release them.

Why do they deserve to go to jail? Simple. Everyone outside of your guild is your enemy. That’s why.

How to Build a Prison?

You will need castle level 10 in order to qualify for a prison.

In addition to resources, you will also need to obtain steel cuffs to build your prison. Steel Cuffs can be acquired in various ways:

Once you have a prison, you can keep upgrading until level 25. I strongly advise maxing the prison as soon as possible. A level 25 prison will give you army boosts without even killing the prisoners.

How to Avoid Getting Thrown into Jail? 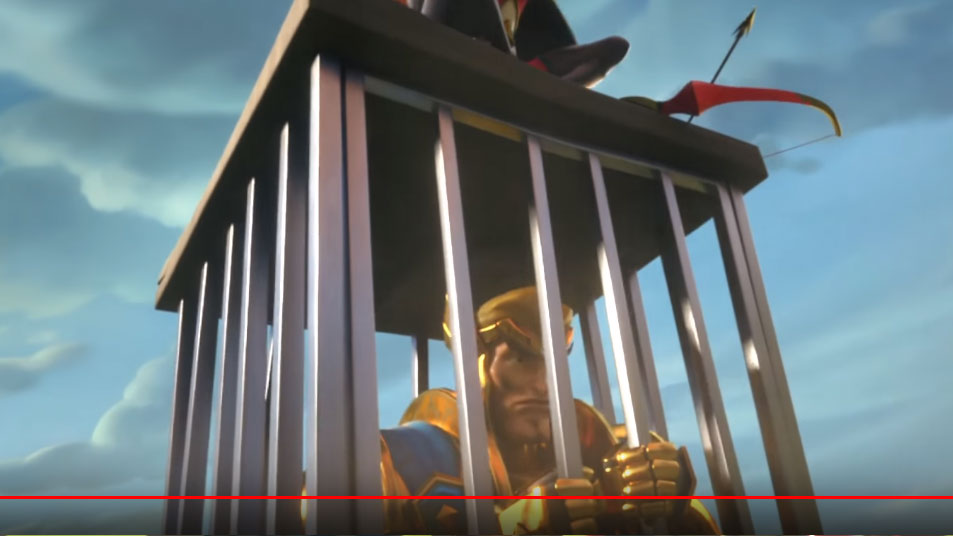 Alternatively, you can put up a shield. Shields cost gems or guild coins and aren’t unlimited. You can also get shields from Monster Chests.

Another strategy is to be strong. If you have a powerful army and someone attacks you they won’t be able to capture your hero. Yes, I’m really spelling this out for the dumb people.

Another way to lose your hero is by attacking with your hero. Read the next section…

Losing your Hero when Attacking

One of most effective ways to boost your attacking army is through the boost skills from heroes. Some heroes like Rose Night and Bombin will turn your army into a powerful wave of hurt. To learn more about the best heroes click here.

The downside of using heroes is that they can get captured.

If you attack an enemy and lose, your hero will be telling war stories from behind their bars. Your stats will also be a nightmare until your hero dies and you get a new one. 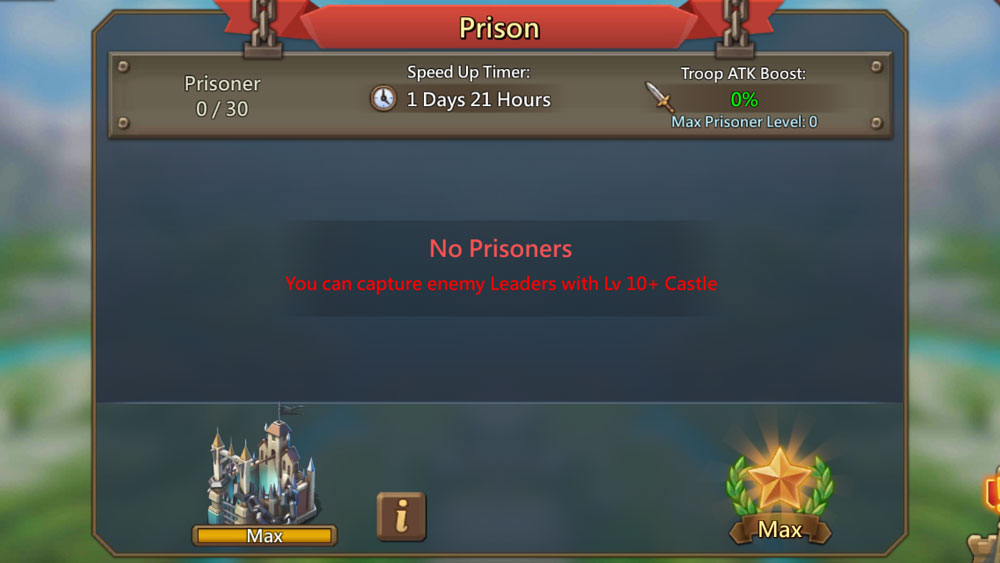 As mentioned earlier, you will want to reach level 25 as soon as possible. Executing a hero takes time, imprisoning a hero is rather easy.

The higher might the hero that you capture, the larger the boon to you. Refer to this chart when trying to understand the army attack boost that you’ll receive.

Tips and Tricks to Using Your Prison

Here is a compilation of the best tips and tricks to using your Lords Mobile Prison:

Did we miss any tips or tricks? Tell us in the comments below!